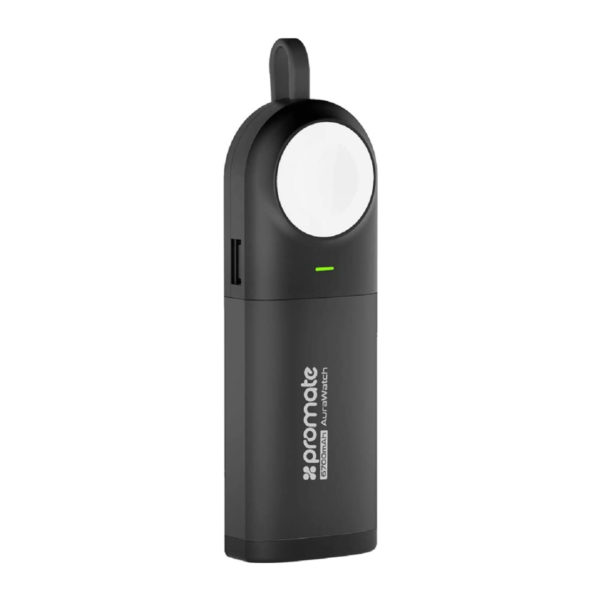 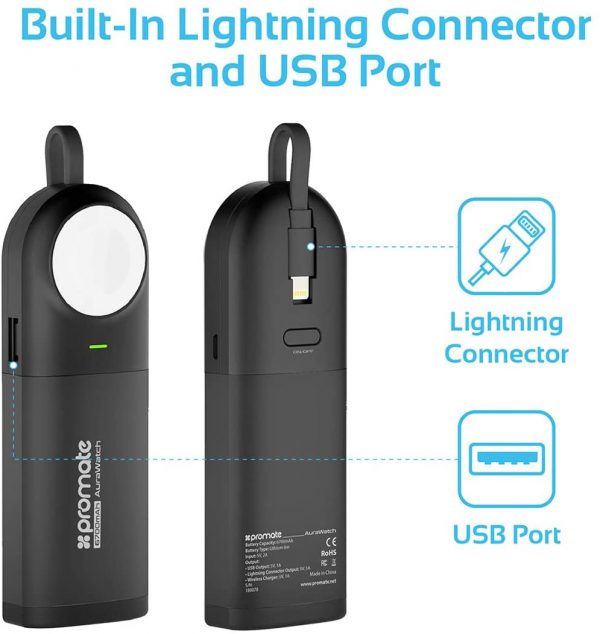 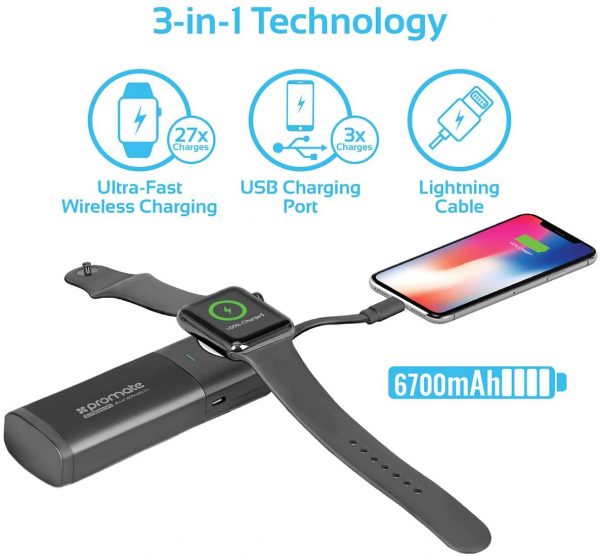 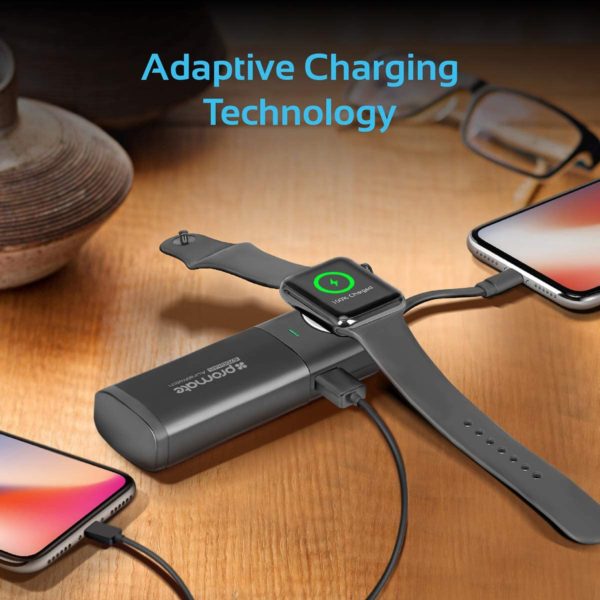 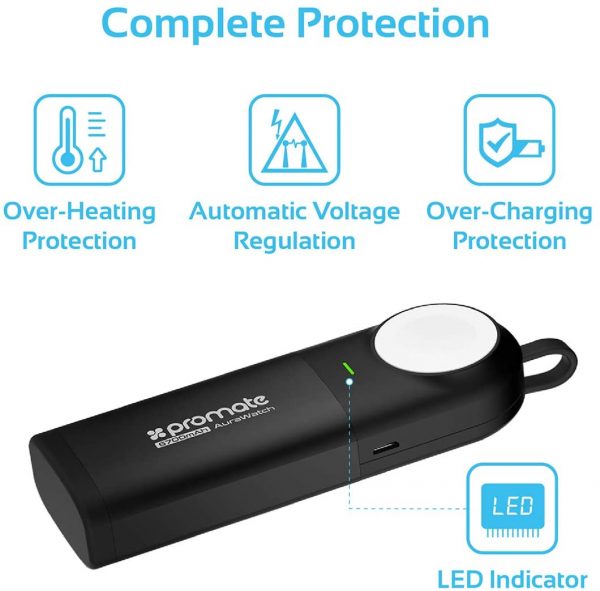 AuraWatch is not just a 6700mAh portable power bank, the built-in wireless charger provides a boost of power to your Apple Watch when on the go, while you can charge your iPhone via the built-in cable with Lightning Connector. Charge any other USB device via the 1A USB charging port on AuraWatch, making this power bank the perfect companion to charge all your devices, anytime and anywhere on the move.

A Fantastic Portable 3 in 1 Charging Solution:
The AuraWatch power bank is not only a charger for Apple watch but also a power bank for iPhones, smartphones and any other devices with 5V power. With integrated magnetic charging module, a built-in cable with lightning connector and a USB output port, the charger efficiently charges your Apple watch, iPhone, and any other USB chargeable device efficiently and simultaneously.

High Capacity for Multiple Recharges:
6700mAh of power translates into enough energy to recharge your Apple Watch 23 times over without refuelling the power bank or recharge your iPhone three times. Fast charging functionality only requires about 2.5 hours to charge your devices fully.

Charge 3 Devices Simultaneously:
The AuraWatch is more than just a powerful 6700mAh portable battery. A built-in Magnetic Charging Module offers a battery boost for the Apple Watch when on the go, while a built-in Cable with Lightning Connector and USB port, connects to charge your iPhone and other Smartphones simultaneously. With 3 Amps total power, this portable battery delivers 1A to optimally charge the Apple Watch, 1A to charge your iPhone and 1A to charge other Smartphones.

Cable Free Portable Charger for Apple Watch and iPhone:
This power bank charger can quickly charge your Apple Watch wirelessly with the MFi certified integrated magnetic charging module. The built-in MFi lightning cable provides an efficient power supply for your iPhone or iPod with lightning port without any compatibility issue.

Made for Apple Watch User:
Intergraded with MFi certified magnetic charging module that offers efficient power supply for all generations of Apple Watch with all Watch OS. Made of flame retardant material, with built-in protection for over-current, over-voltage and short-circuit.

Built-in MFi Lightning Cable:
The MFi lightning cable offers a simple way for you to power up your iPhone without carrying a cable around.

Slim Pocket Size with Great Portability:
Small enough to fit in your backpack, lightweight to carry, AuraWatch is an ideal companion for your Apple Watch and Smartphone.

Quick Recharging:
The power bank itself may be recharged using the included micro-USB cable. When it does need a boost, just connect it to a wall outlet or other power source via the cable provided, and it will quickly recharge itself with up to 2A input. Which translates into fast recharging between uses, to keep up with your busy lifestyle.

Compatibility:
Wireless charging for 38mm & 42mm Apple Watch models, Apple Watch Series 3 / 2 / 1, Apple Watch Sport, Apple Watch Nike+, Apple Watch Hermès, Apple Watch Edition. Lightning fast charge for iPhone X, iPhone 8 / 8 Plus, iPhone 7 / 7 Plus and all iPhone 5 & above versions; iPod. It also charges for all kinds of 5V USB-enabled devices, like smartphones, cameras, speakers and more. With the 6700mAh capacity, you do not need to worry about your devices running out of power while you are outside on a long journey.

And All Other Apple Watch, Lightning Connector and USB Powered Devices