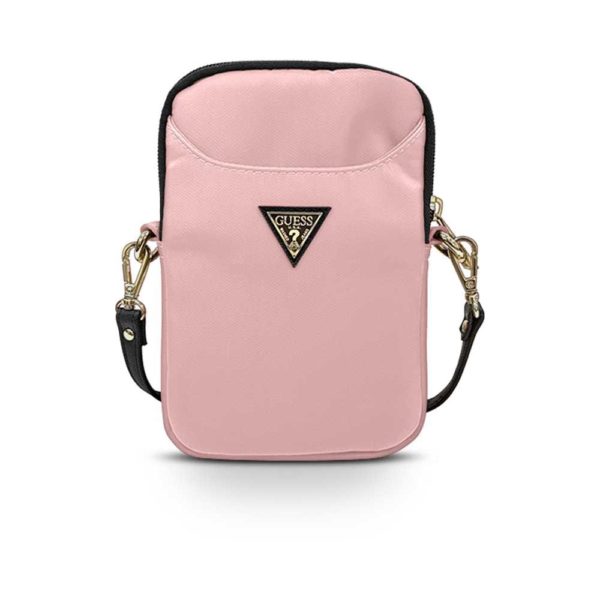 Guess is an American clothing brand and retailer. In addition to clothing for both men and women, Guess markets other fashion accessories such as watches, jewelry, perfumes, bags and shoes. Guess began in 1981 as a book of styles by Georges Marciano. Maurice, Georges’ brother, was first sought by Georges to help with product development. Armand and Paul, also Georges’ brothers, were in charge of distribution and advertising, respectively. Armand ran distribution. and Paul created the advertising, all of it in-house. Georges designed the clothes, burnishing Guess’ signature style: stonewashed denim, lighter in colour, softer and more form-fitting than the competitors. Georges had wanted to sell Guess products in only the more exclusive stores, such as Bloomingdales; while the other brothers decided they wanted a broader distribution strategy, which included discount stores. Georges continued to oppose the idea of marketing Guess products beyond luxury retail outlets, and different alliances formed within the company. Brother Armand quietly left the company later, after a medical leave. In 2015, Maurice retired from the company, leaving Paul as the only remaining brother on Guess’ board. When Georges Marciano and his brothers were much younger, they opened a series of stores in France under the name MGA before launching Guess in America in 1981, after Georges Marciano first came to America in 1977. Their top seller: unisex jeans. Georges Marciano and his brothers moved to Los Angeles to see if they could pull off a similar feat, borrowing a mottled wash Georges had noticed on jeans in an Italian laundromat he had taken note of (at the time, jeans styles were only sold in indigo blue or bleached).